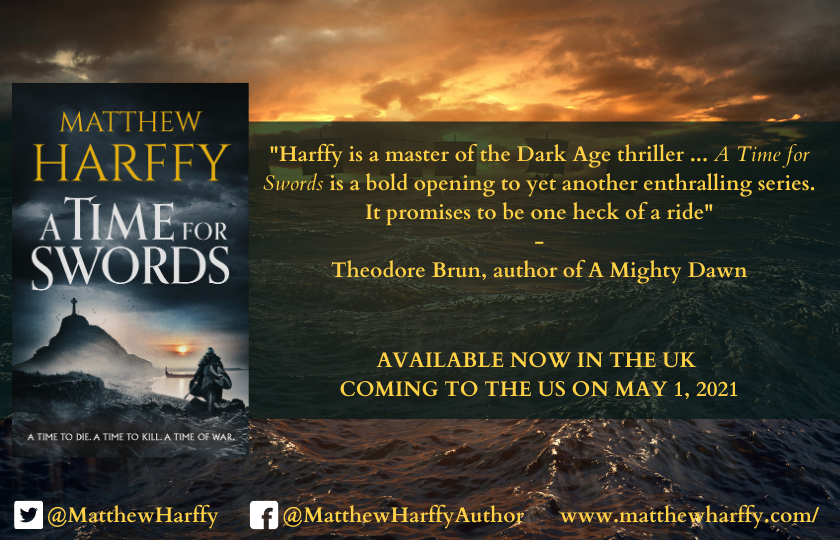 Find out all about The Serpent Sword TV project.

The Bernicia Chronicles is a series of action-packed historical fiction books set against the backdrop of the clash between peoples and religions in Dark Ages Britain.

NOTE: Orders are signed and posted as quickly as possible, and usually arrive promptly, but delays can happen. Please allow up to 28 days for delivery.

Prices include postage and packaging.

Prices include postage and packaging.

Take a look at the blog to see posts about writing progress, musings about the Dark Ages and reviews of other historical fiction.

Matthew Harffy lived in Northumberland as a child and the area had a great impact on him. The rugged terrain, ruined castles and rocky coastline made it easy to imagine the past. Decades later, a documentary about Northumbria's Golden Age sowed the kernel of an idea for a series of historical fiction novels that became THE BERNICIA CHRONICLES.

Matthew has worked in the IT industry, where he spent all day writing and editing, just not the words that most interested him. Prior to that he worked in Spain as an English teacher and translator. He has co-authored seven published academic articles, ranging in topic from the ecological impact of mining to the construction of a marble pipe organ.

Matthew lives in Wiltshire, England, with his wife and their two daughters.

Matthew was the singer in Rock Dog.

Please direct all US media and speaking inquiries to Matthew’s publicist, Angela Melamud.